The Cohen Lab is interested in a number of questions that may help explain why obesity increases the risks of deadly co-morbidities:

Our interdisciplinary team collaborates with a number of labs to investigate adipose biology at the molecular, cellular, and organismal level.

The Cohen Lab is investigating a diverse array of questions related to adipose biology and metabolic disease. Chiefly, the Cohen Lab is concerned with obesity and associated metabolic disorders. Obesity is associated with a spectrum of metabolic diseases, such as hypertension, diabetes, dyslipidemia, and many types of cancer. Together, these contribute to the leading causes of morbidity and mortality worldwide. One in three adults in this country are obese, leading to nationwide health care costs upwards of $100 billion per year. While there appears to be a clear overlap between obesity and the development of metabolic diseases, there also exists an interesting subset of population where obese individuals are metabolically healthy. This begs the question, how does adipose tissue contribute to the development of co-morbidities, and what underlying differences exist to explain why some obese individuals seem to be protected from these effects?

The location where excess fat is stored is strongly correlated with the likelihood of developing metabolic disorders. Obese individuals with increased visceral fat are characterized by low-grade chronic inflammation and are much more likely to develop comorbid conditions, while obese individuals with increased subcutaneous fat are less likely to develop these sequelae. If we probe further, down to the cellular level, we find that there are a variety of types of fat cells which are present in differing compositions across fat depots. White adipocytes store energy in lipid droplets and can contribute to inflammation in the setting of obesity. Brown adipocytes are rich in mitochondria and can dissipate energy through adaptive thermogenesis, with anti-obesity and anti-diabetes effects. There is a third type of fat cell called a beige adipocyte. These cells are embedded within adult white adipose depots and can be activated by cold, sympathetic input, or other stimuli to dissipate energy like brown adipocytes. Recent work has shown that the phenotype of fat cells is regulated by a transcriptional coregulatory protein PRDM16, which when deleted results in an ablation of beige fat and more unhealthy visceral-like fat. We are now focused on further dissecting the key molecular controls governing fat cell phenotype with the ultimate goal of engineering healthier fat.

Co-developed with Marc Tessier-Levine’s lab here at Rockefeller, we adapted the iDISCO whole-tissue clearing protocol to suit the unique optical properties of adipose tissue. We have applied this technique initially to study the interaction between the sympathetic nervous system (SNS) and adipocytes and discovered that, in addition to the well-described regulatory role which SNS fibers exert on adipocytes, adipocytes themselves can also regulate the patterning of SNS in adipose tissue. We are now applying this technique to a range of questions relating to the adipose tissue microenvironment.

Since the discovery of leptin, adiponectin, and adipsin in the 1990s, adipose tissue has been appreciated as a key endocrine organ regulating diverse physiological processes. These include feeding behavior, thermogenesis, insulin sensitivity, insulin secretion, angiogenesis, and more. Bioinformatics analyses suggest that as many as 1000 proteins may be secreted from adipocytes. We are interested in studying the secretome of adipose tissue, as well as questions around inter-organ communication more broadly in health and disease. Recently, we have employed bio-orthogonal non-canonical amino acid tagging (BONCAT) to selectively label and enrich for polypeptides secreted by fat. Several projects in the lab are involved in scaling and optimizing this approach for adipose tissue and other organ systems in diverse biological contexts.

Obesity is a known risk factor for many diseases. Increasingly, obesity is being linked to increased morbidity and mortality in cancer, as well as increased incidence of various cancer types. Obesity has now eclipsed smoking as the leading preventable cause of cancer. However, the mechanistic links between obesity and cancer initiation, progression, and outcome have been understudied. We have recently discovered that adipocyte-derived creatine acts as a fuel for a model of triple-negative breast cancer. We are interested in examining the link between obesity and cancer in other cancer types and whether adipocyte-derived creatine may act as a fuel in other cancer types.

In 2009, functional brown fat was identified in adult humans through 18F-FDG-PET/CT scans using radiolabelled glucose. This generated hope for those hoping to employ brown fat biology in the treatment of human metabolic dysfunction. Recently, our lab extended these findings and showed in a retrospective cohort of 53,475 patients who received 18F-FDG-PET/CT scans, patients who had detectable brown fat on their scan had lower odds ratios of a host of factors, including type II diabetes, coronary heart disease, and hypertension. The lab is broadly interested in translational research to understand the role of adipose tissue in health and disease. 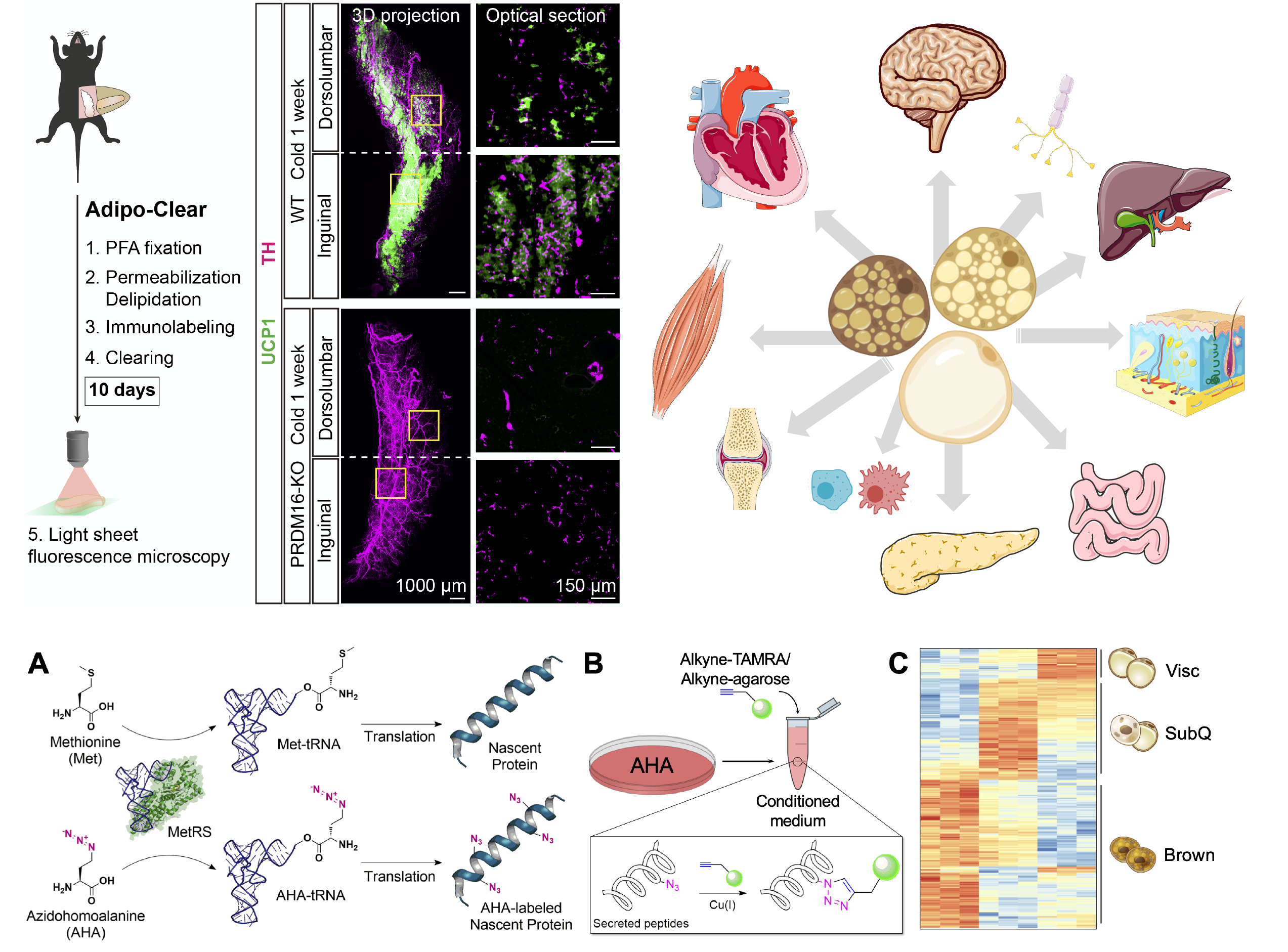 The Cohen Lab is made up of Ph.D. students, M.D./Ph.D. students, medical students, postdoctoral fellows, visiting scholars, and clinical scholars. We come from a diverse range of backgrounds and are all passionate about our science. Click the photos below to learn more about each of us: 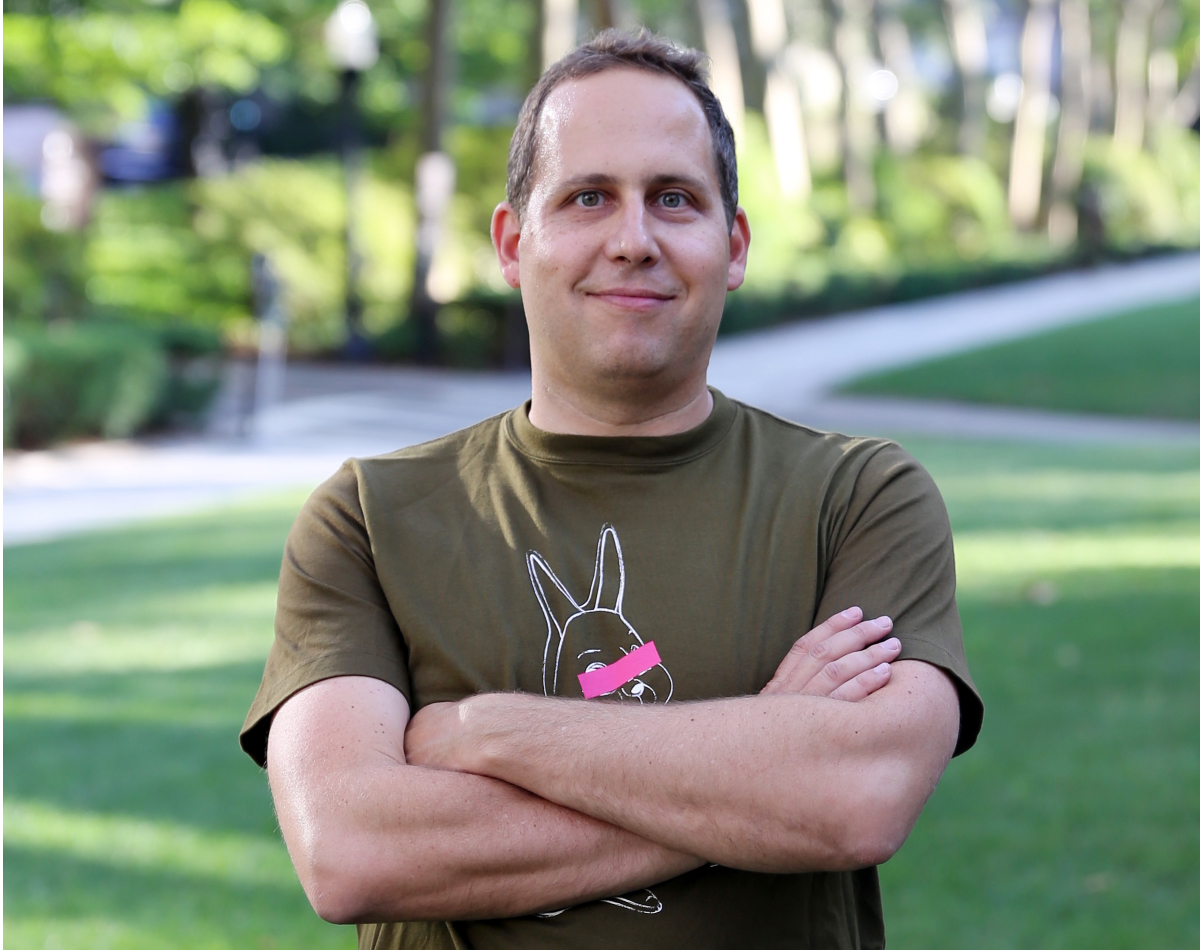 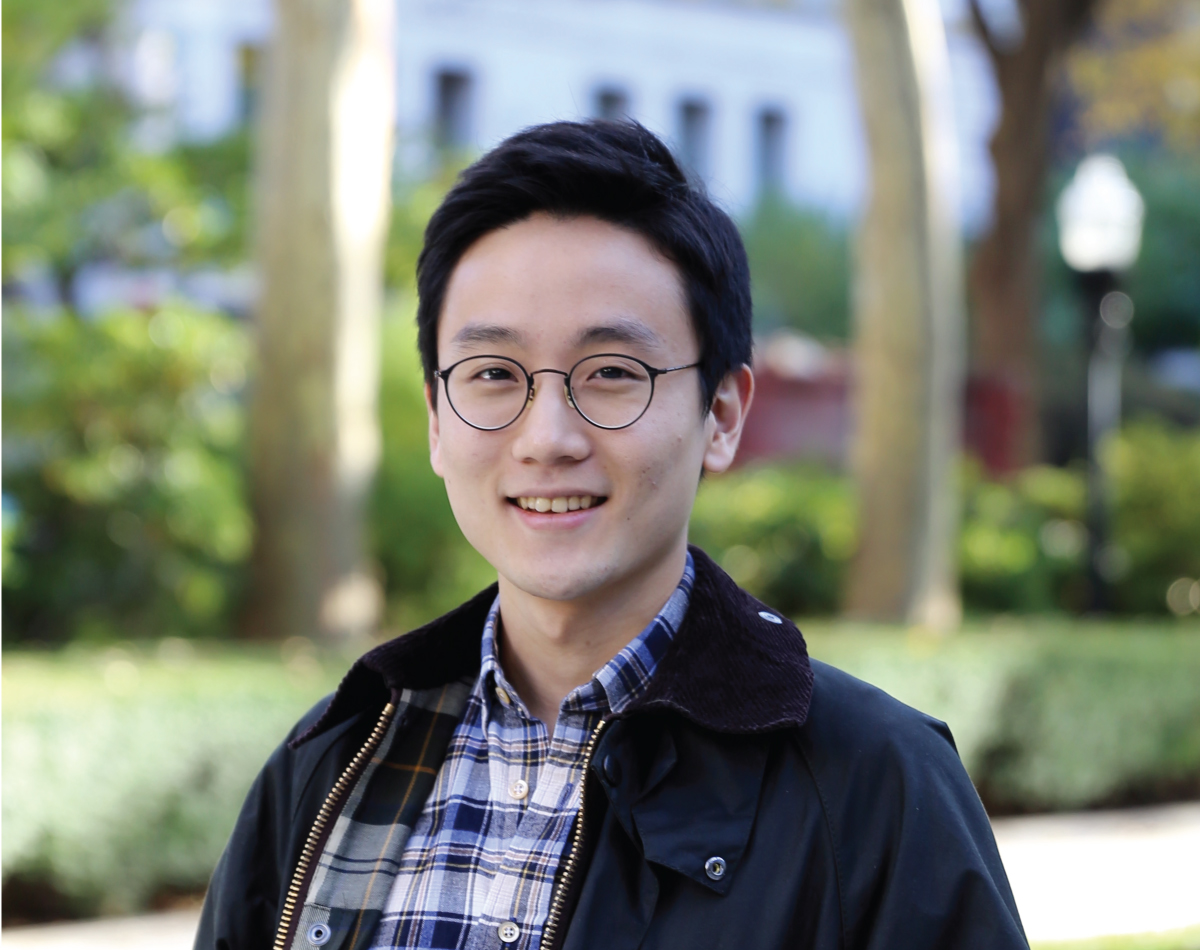 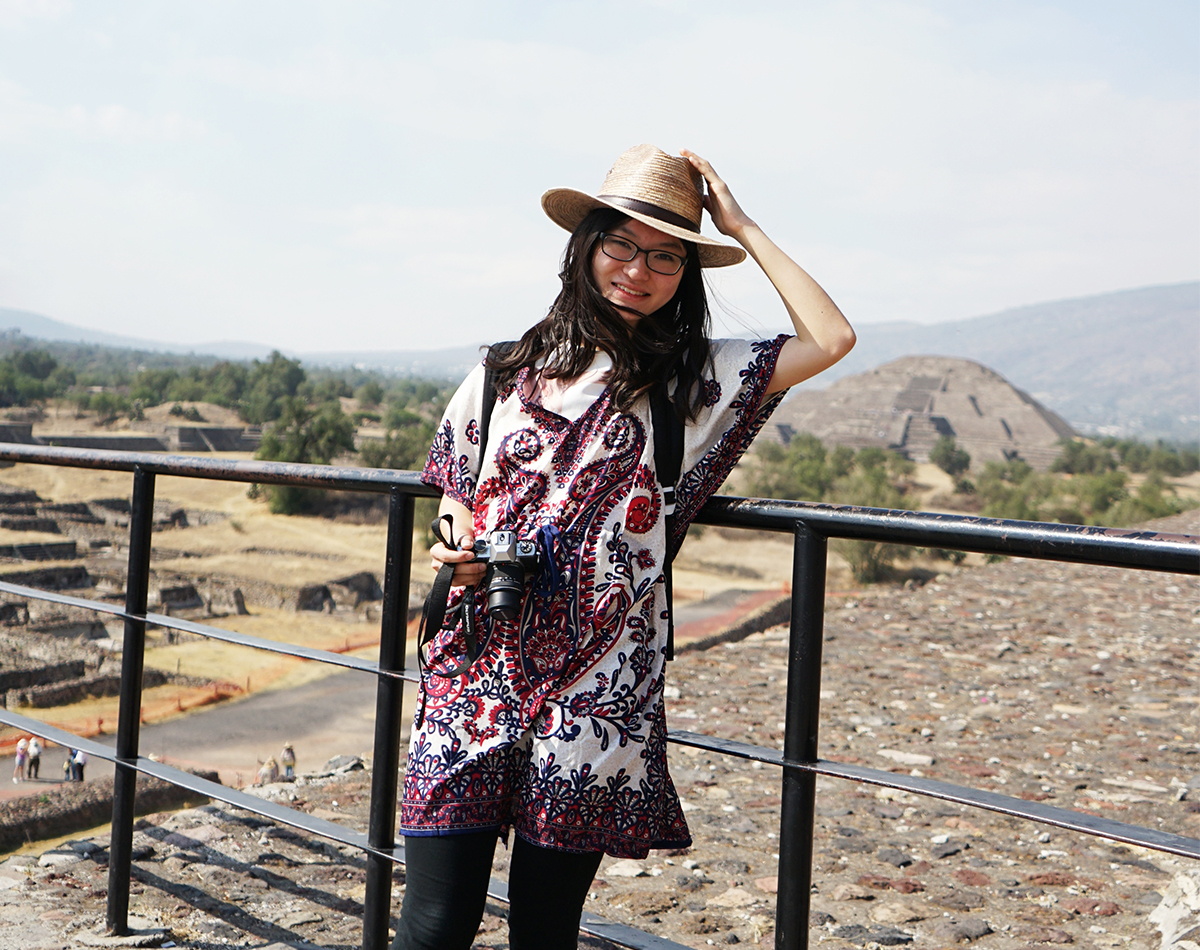 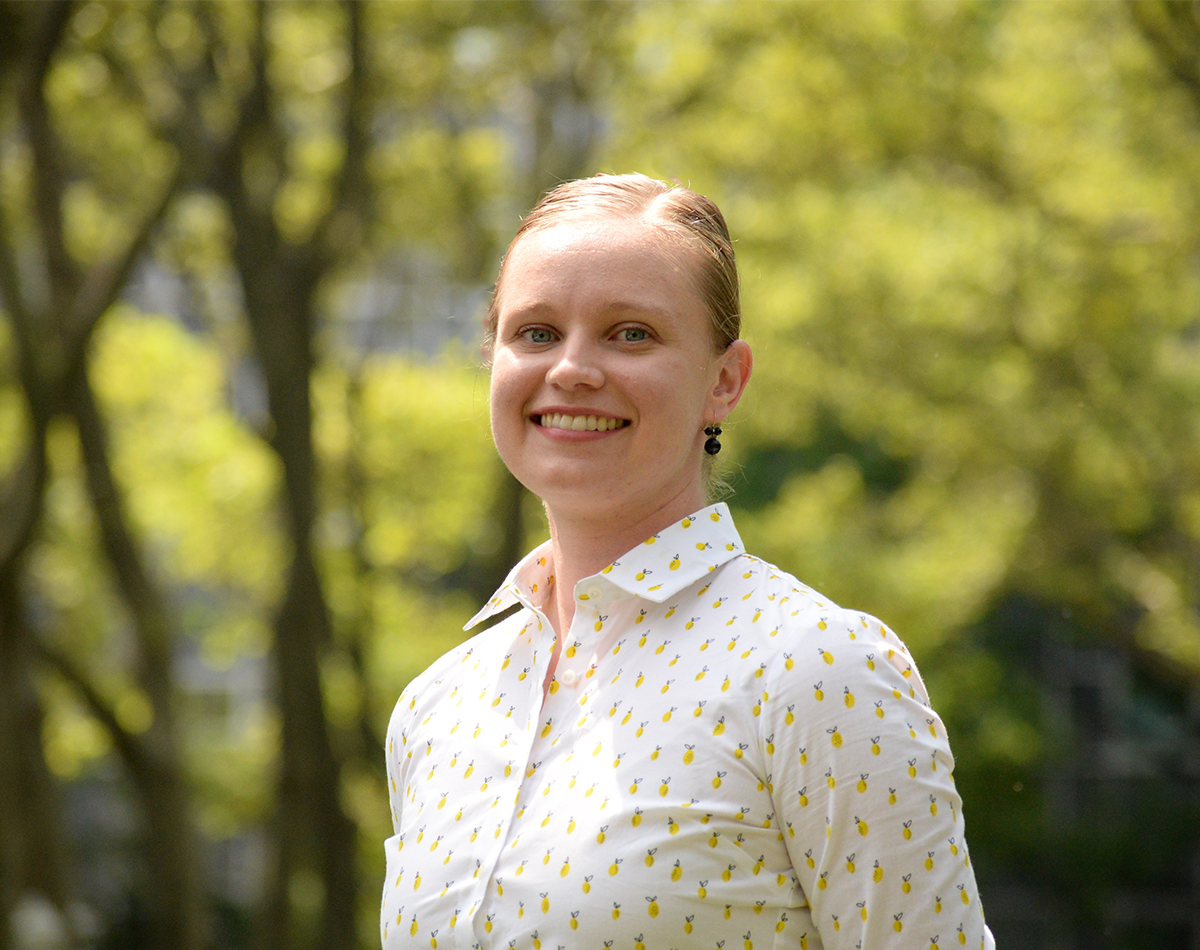 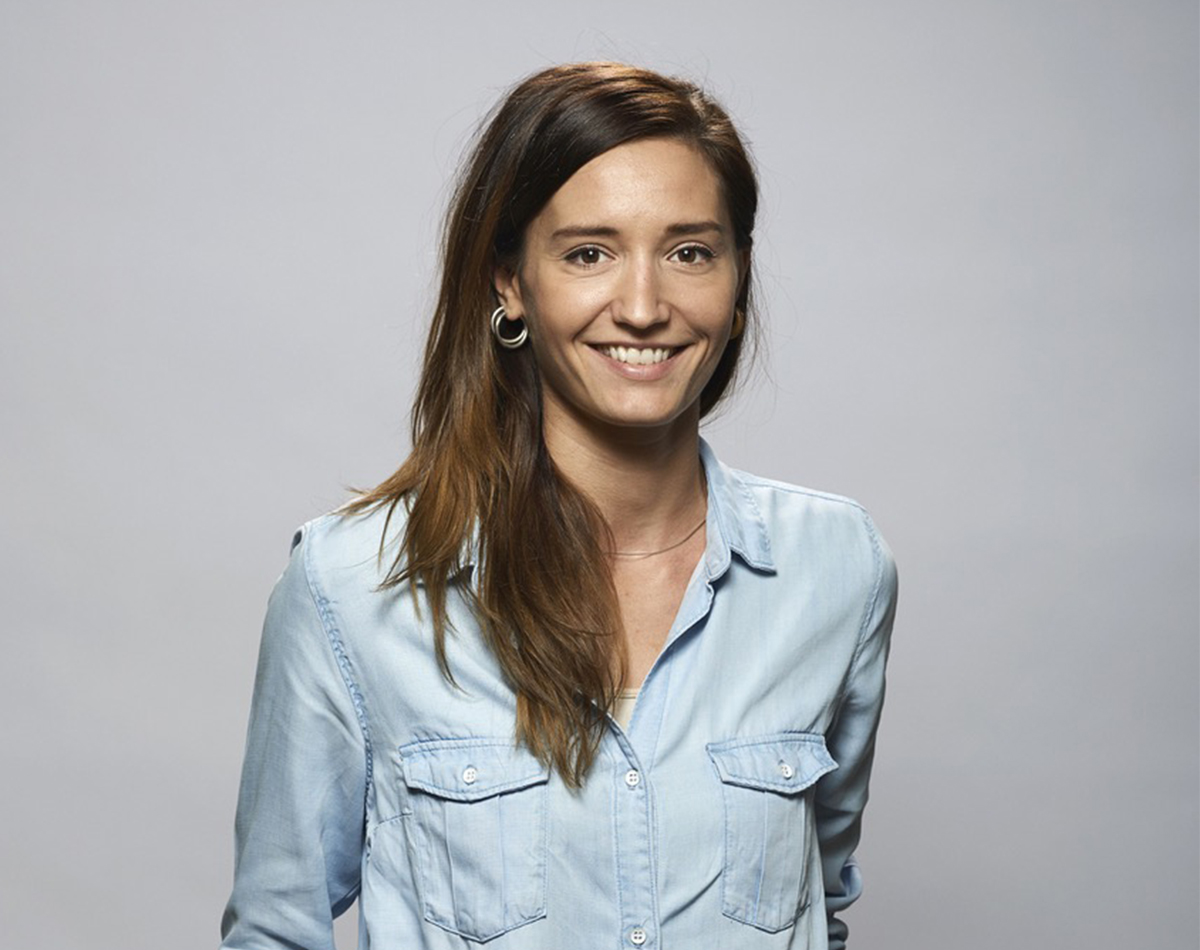 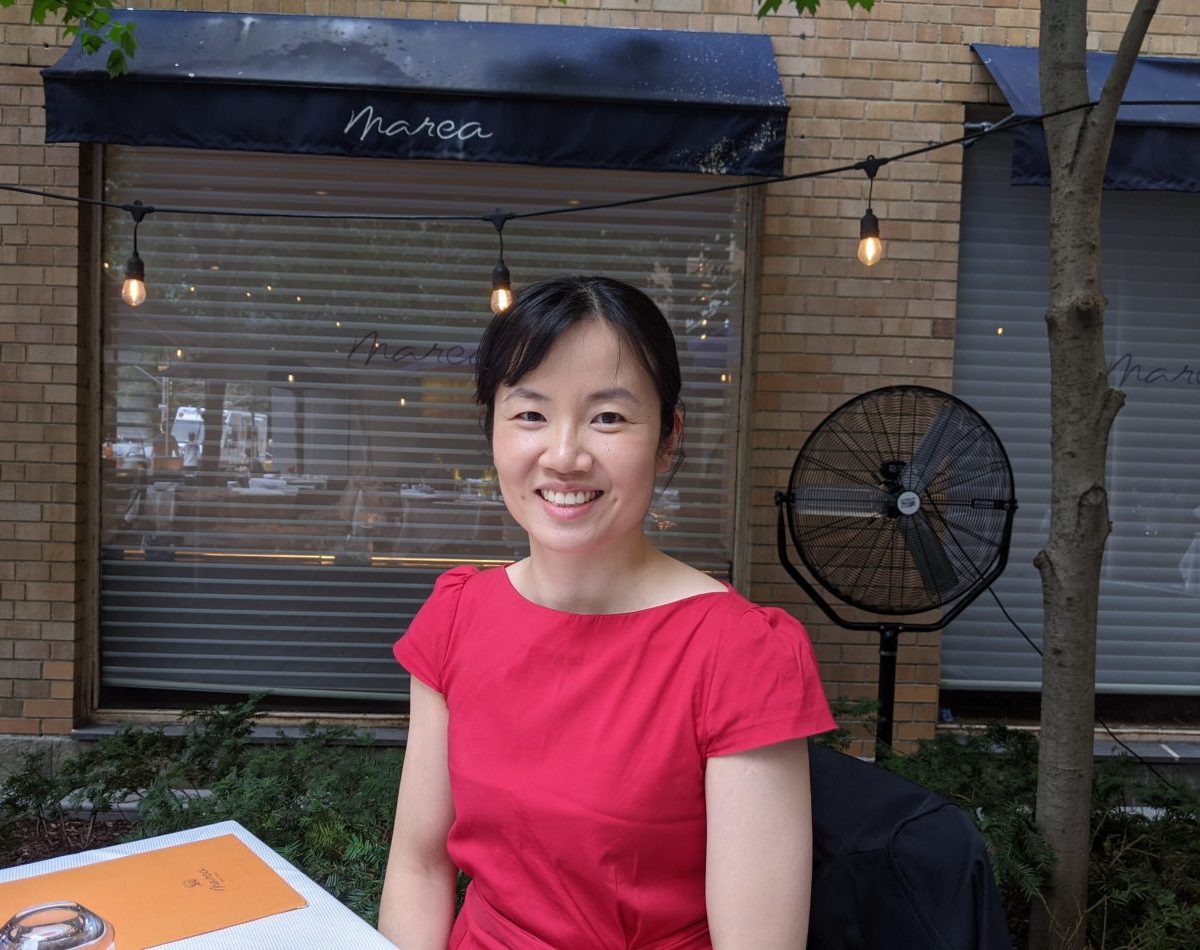 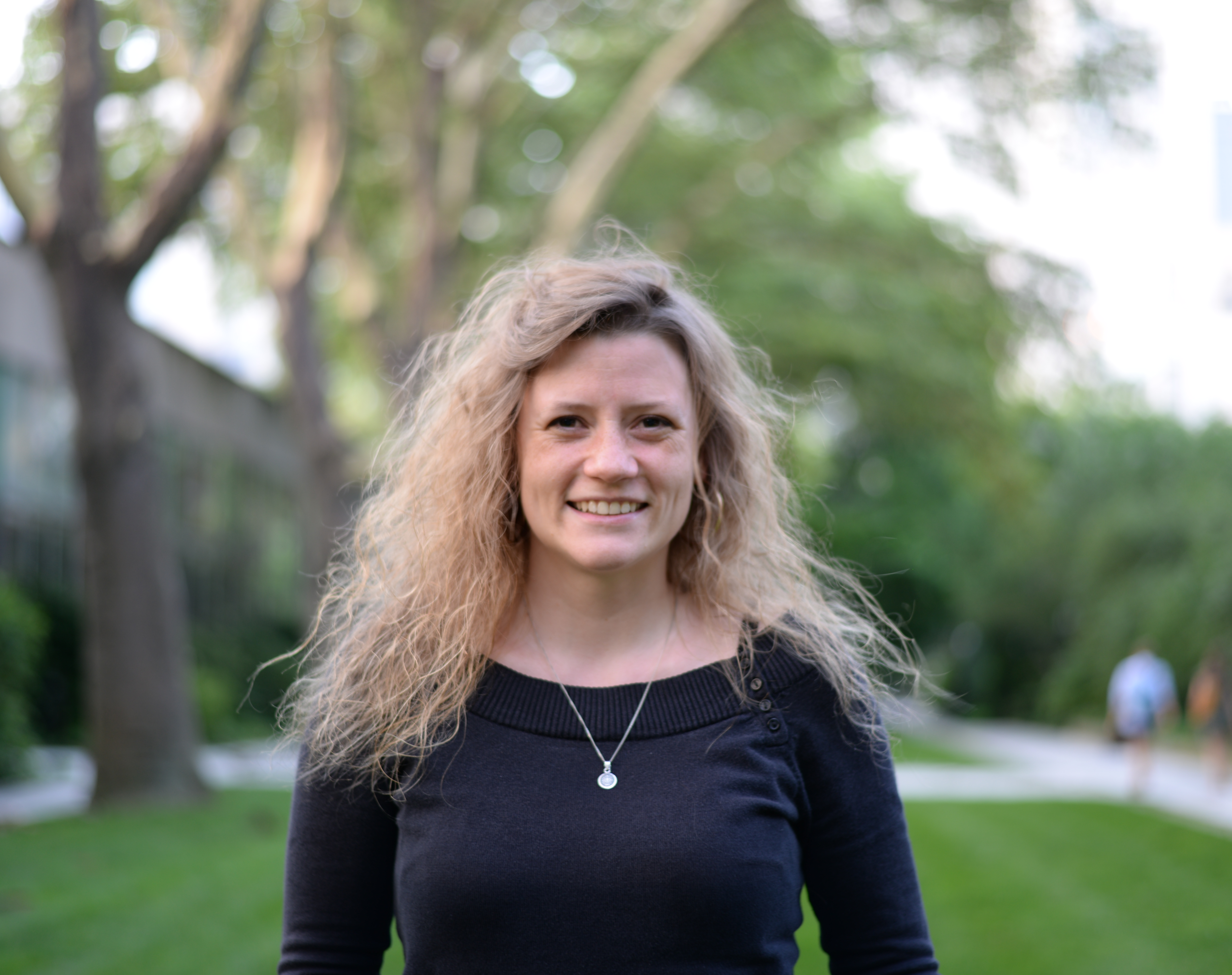 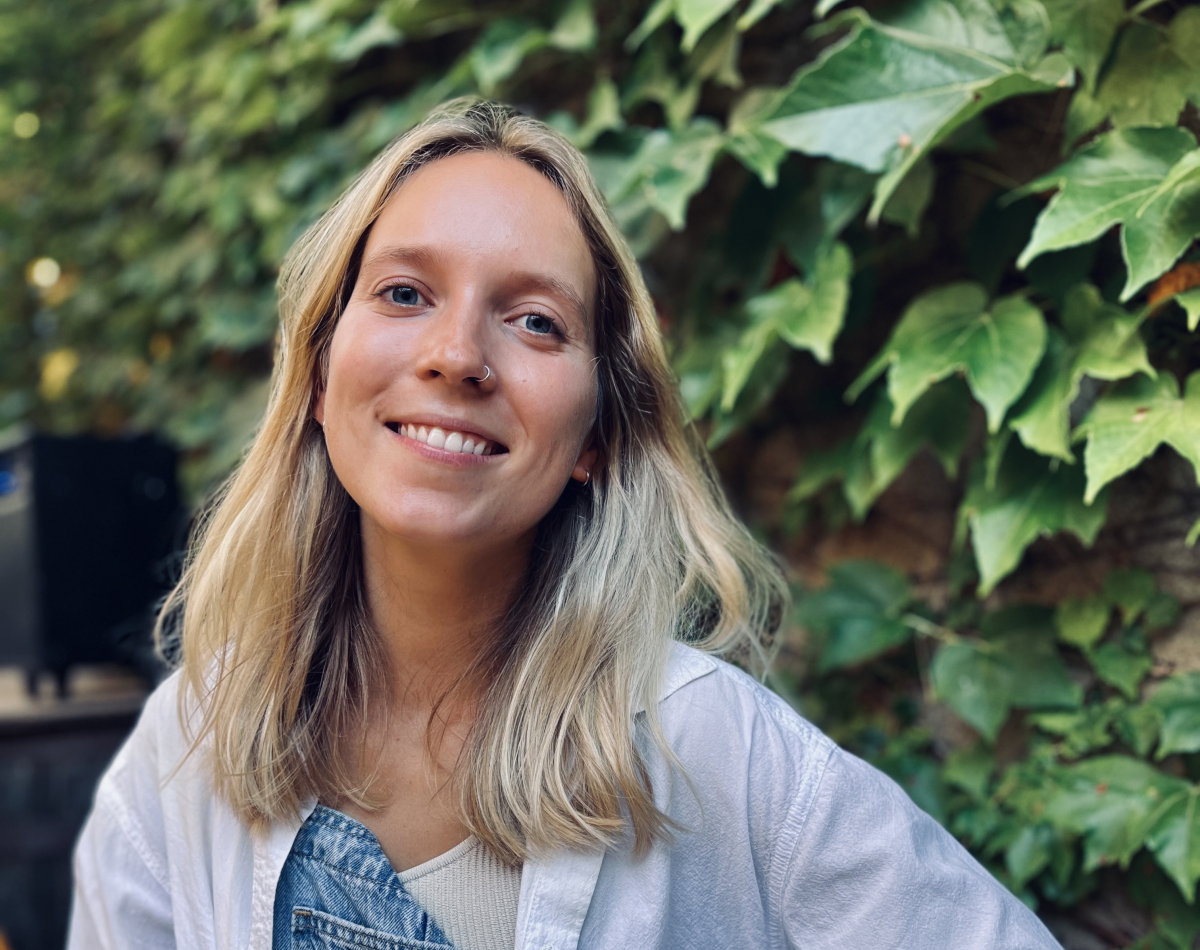 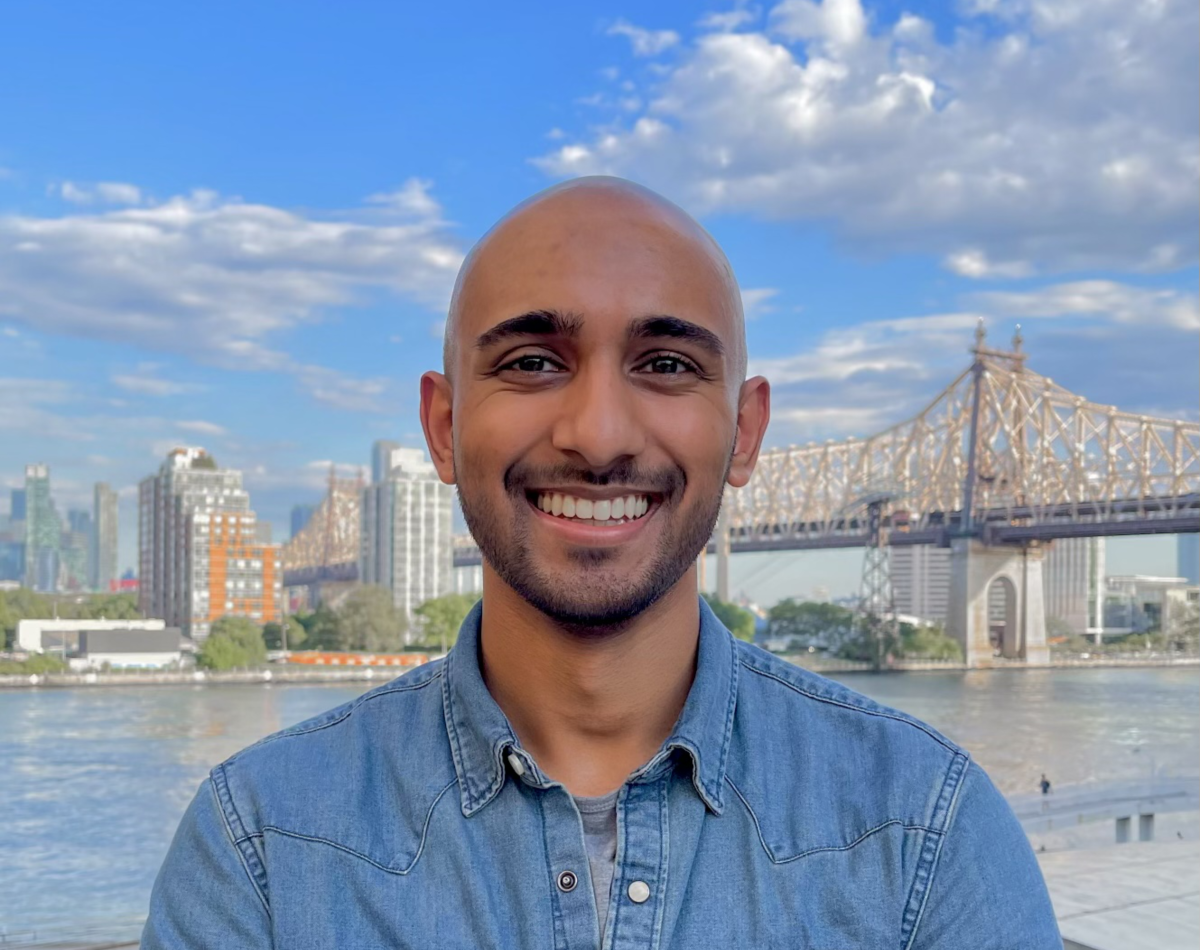 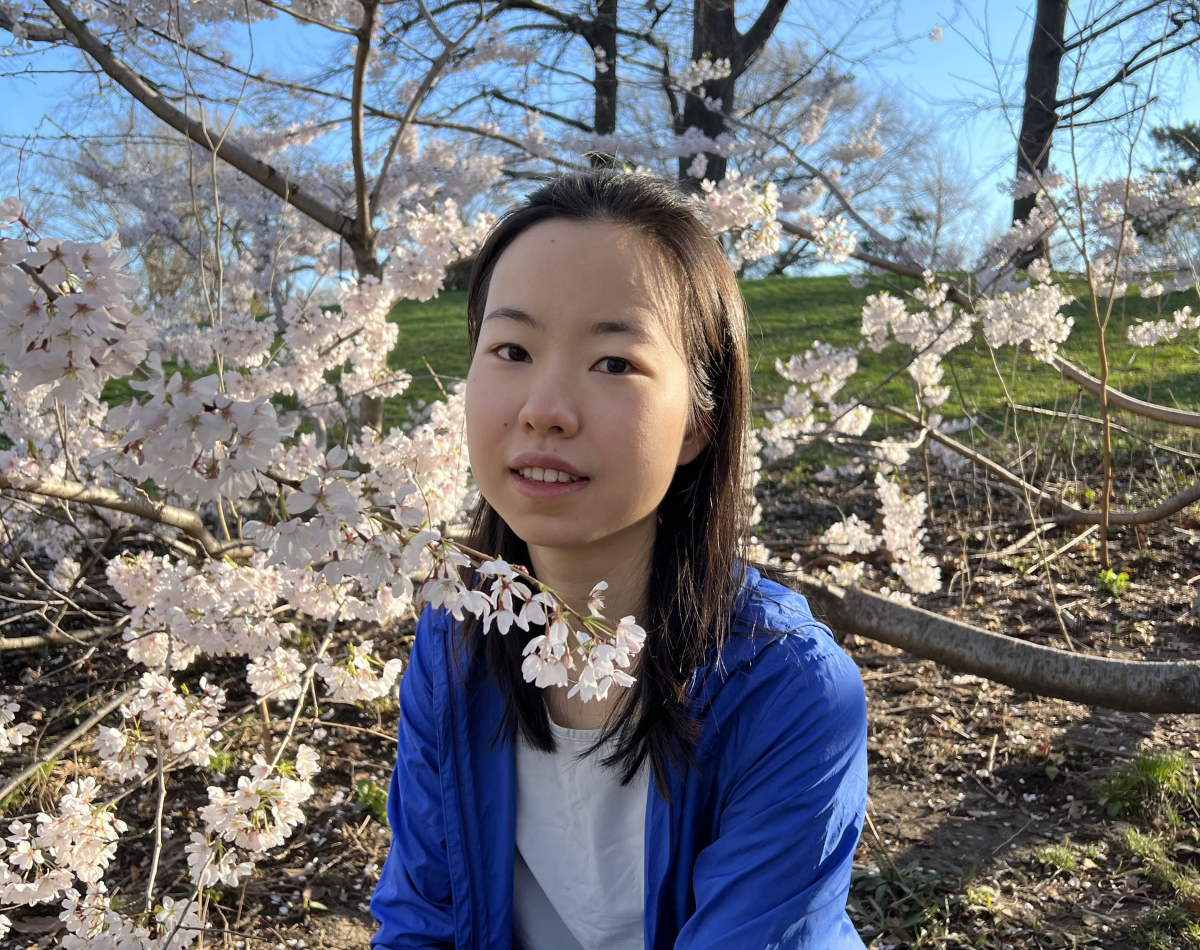 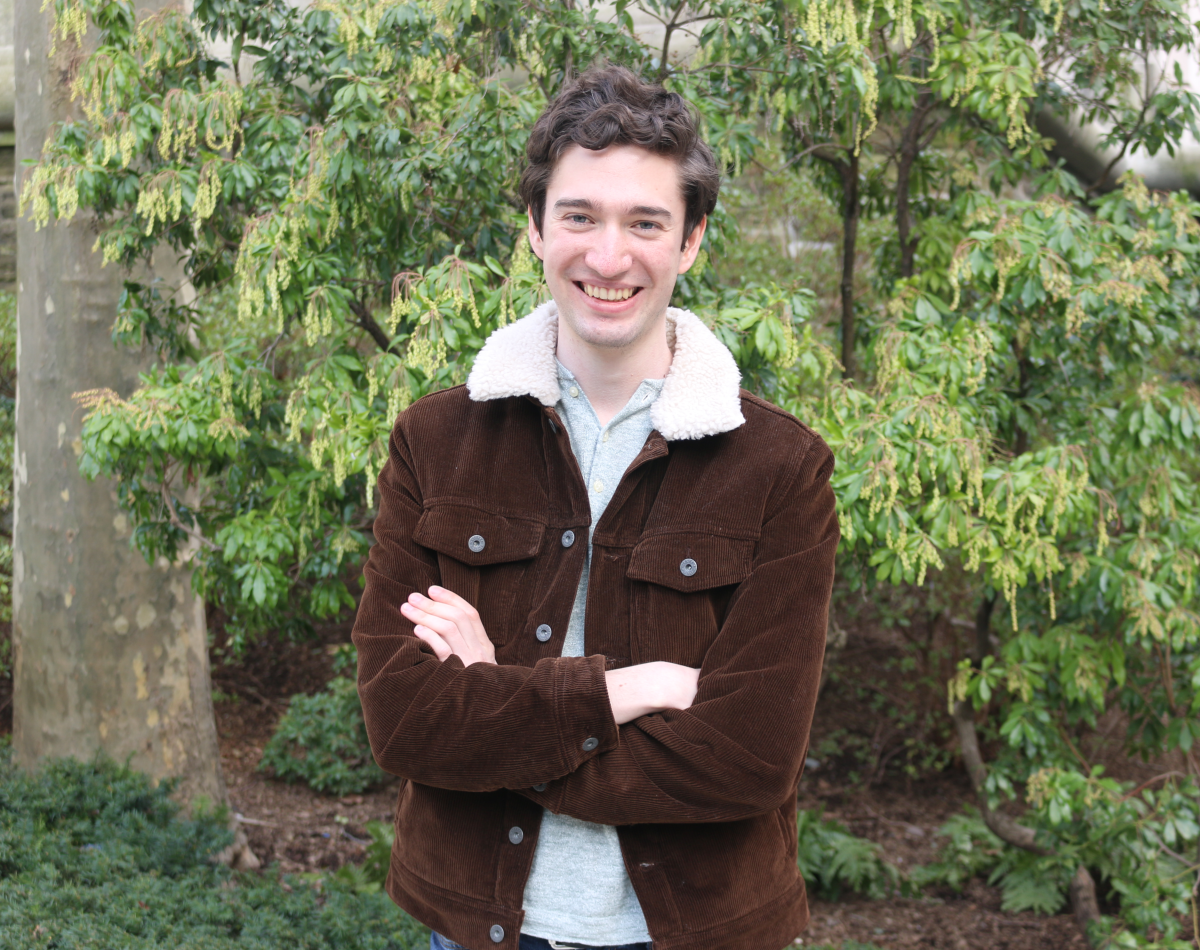 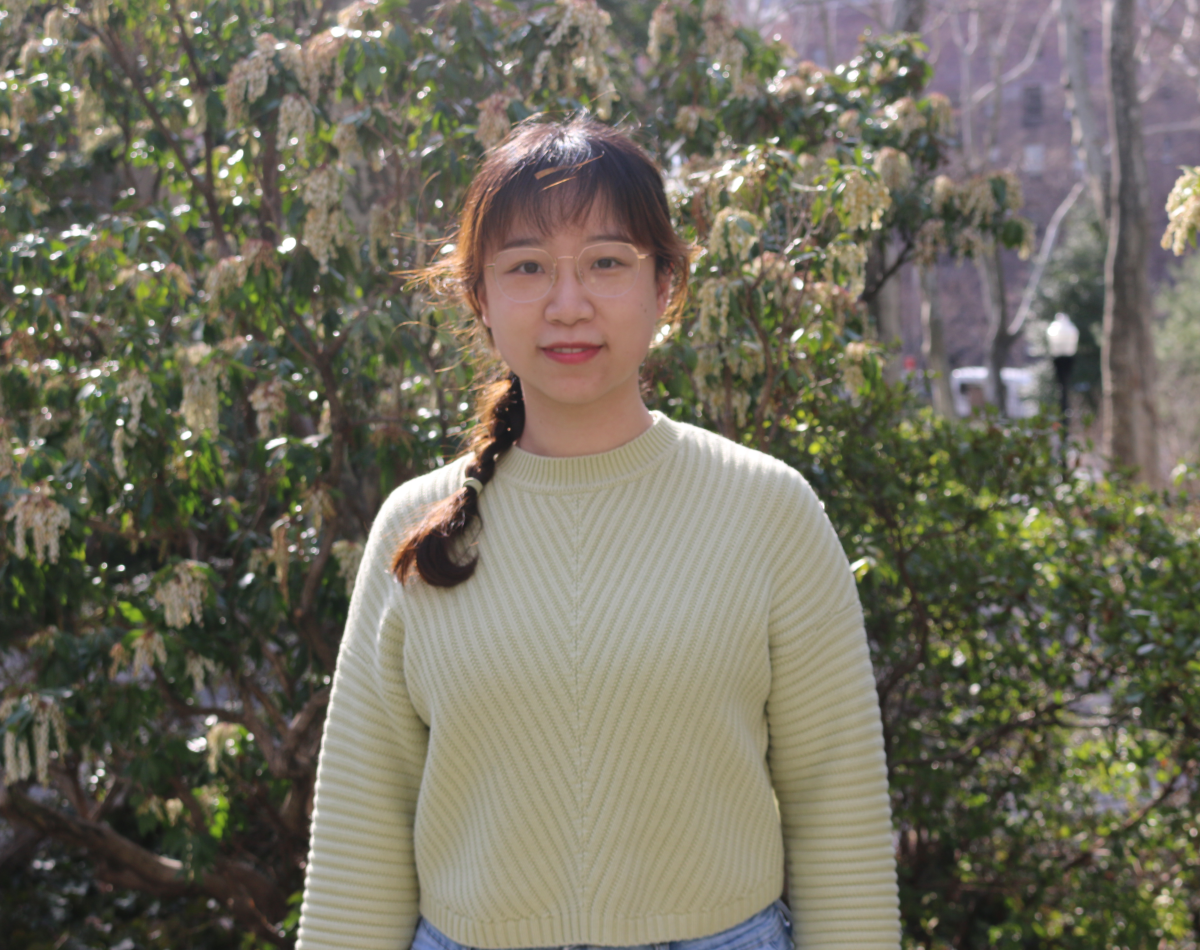 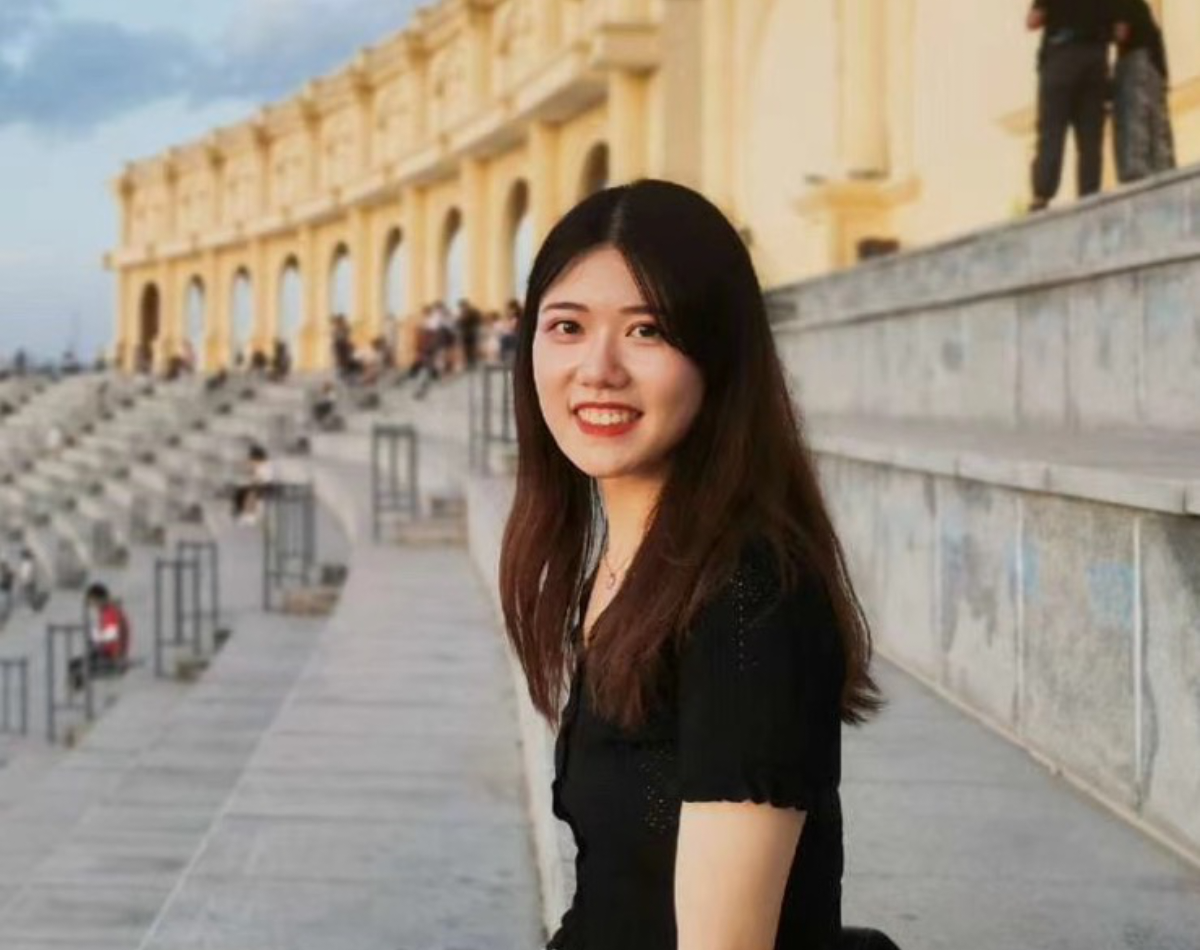 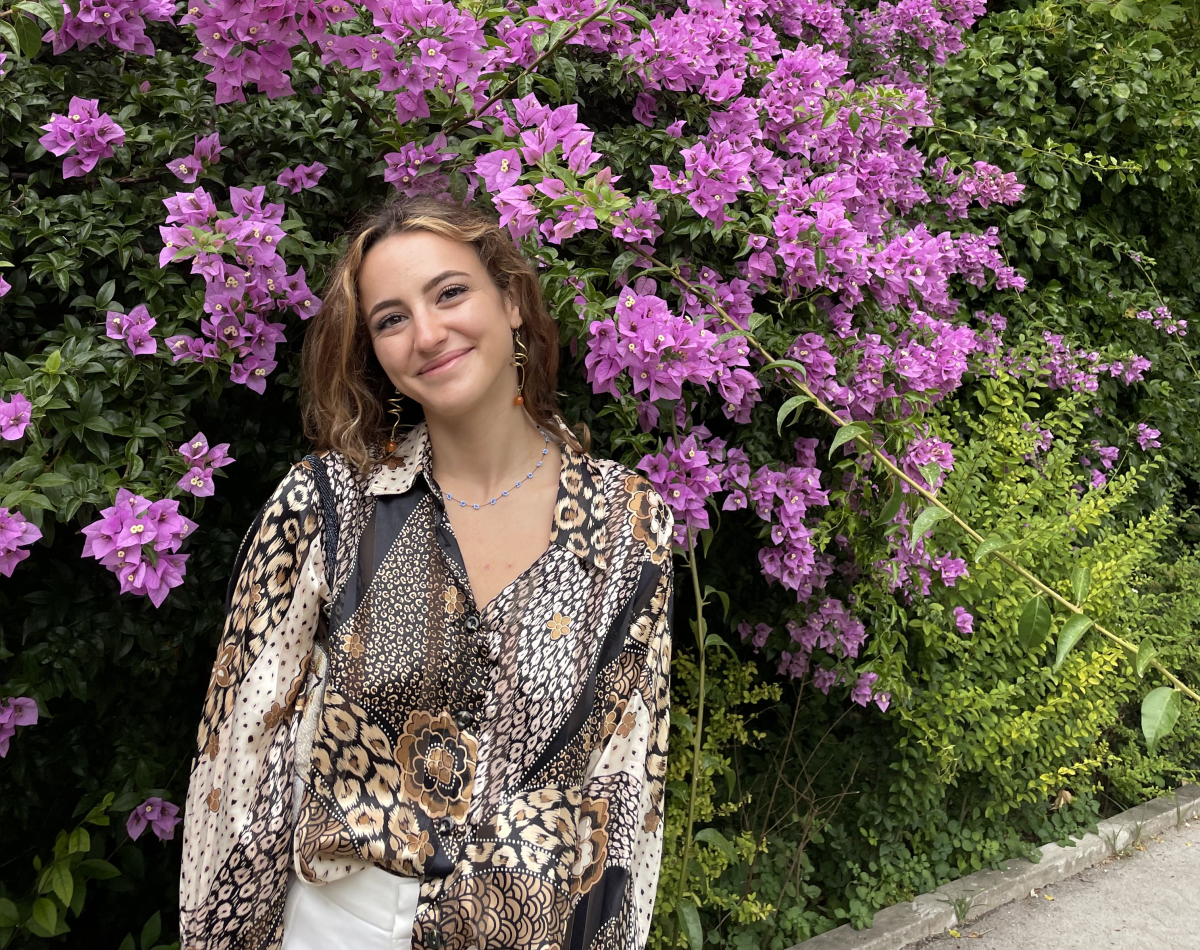 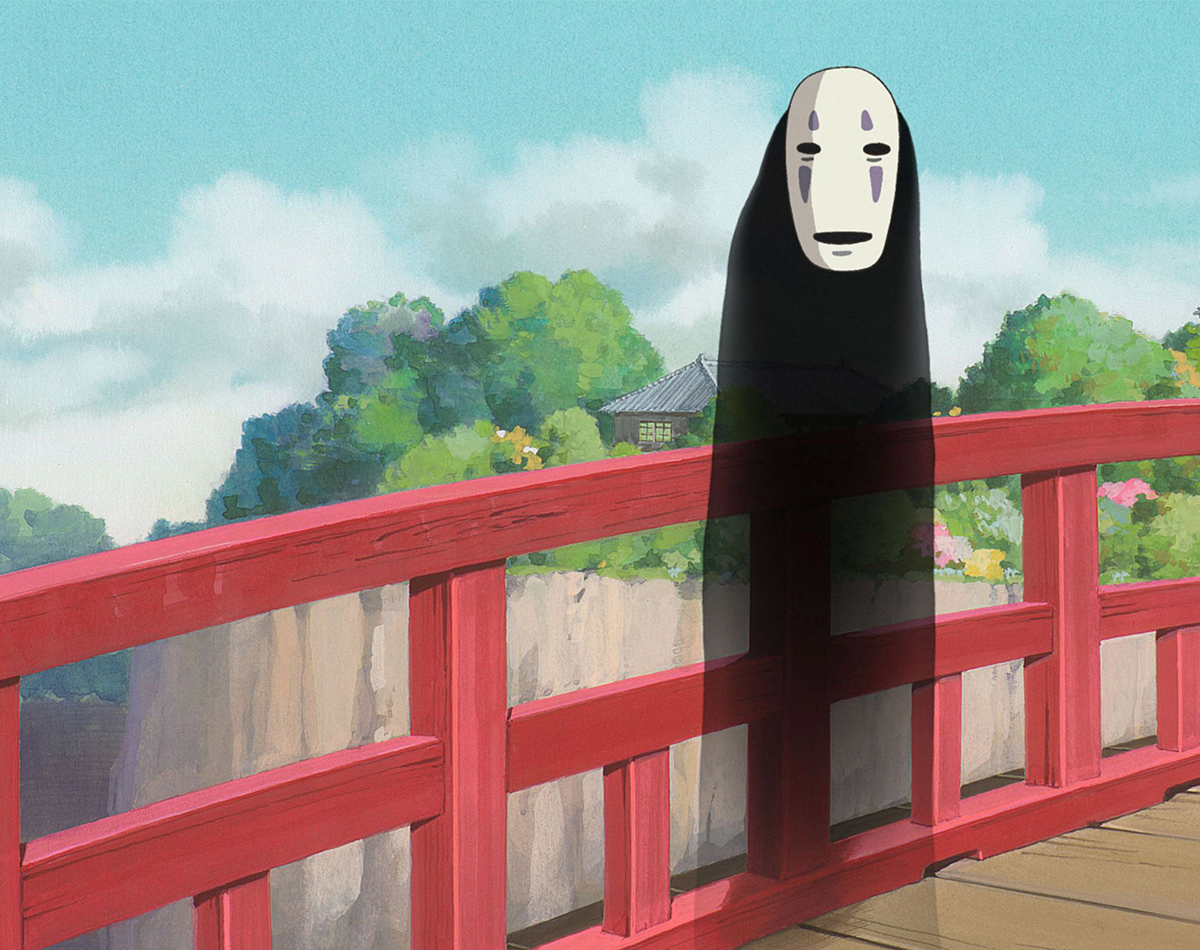 Paul Cohen is the Albert Resnick, M.D. Assistant Professor at the Rockefeller University. Paul has headed the Laboratory of Molecular Metabolism since 2015. He is also Senior Attending Physician at The Rockefeller University Hospital and Assistant Attending Physician at Memorial Sloan Kettering Cancer Center. Paul completed postdoctoral training at the Dana Farber Cancer Institute, a Fellowship in Cardiovascular Medicine at the Brigham and Women's Hospital, and a residency in internal medicine at Columbia University Medical Center. Prior to that, Paul was a student in the Tri-Institutional M.D./Ph.D. program here at Rockefeller, where he completed Ph.D. research in Jeff Friedman's lab. Paul received his A.B. in Biology from Harvard College.

Chan Hee Choi is a biomedical fellow in the Tri-Institutional M.D./Ph.D. program with Sloan Kettering, Rockefeller, and Weill Cornell Medical College. He is currently a William Randolph Hearst Scholar. He received his undergraduate degree in Biochemistry from the University of Chicago. Chan Hee is studying the secretome of different types of adipocytes.

Zeran is a Ph.D. student in the David Rockefeller Graduate Program. She previously received her B.A. from Cornell University, where she performed undergraduate research in plant science. Zeran is interested in studying cell-cell interactions in adipose tissue microenvironment and their dynamics under different physiological conditions. She also likes fungi and plants!

Sarah Szwed is a student in the Tri-Institutional M.D./Ph.D. program. She previously received her B.A. with a double-major in Biochemistry and Dance at Barnard College. She then worked as a Research Assistant at the Rockefeller University studying songbird vocal learning and then at the Novartis Institute working in chemical genomics. Sarah also received her M.Sc. in Biology with honors from Heinrich-Heine Universität Düsseldorf.

Kaja is a Novo Nordisk Foundation Postdoc Fellow in the Cohen Lab with a dual-affiliation in New York and Denmark (Metabolism Center, Copenhagen University). She received her PhD in Neuroscience at the University of Aberdeen (UK) where she studied neuronal links between cognitive aging and diabetes. Kaja is interested in the endocrine function of brown fat and the inter-organ cross talk it mediates to control insulin sensitivity during normal physiology and pathophysiology such as obesity and diabetes. Her work is focused on the discovery of blood biomarkers of brown fat both in mice and human subjects exposed to environmental cold, as well as development of novel chemical proteomic tools to label, trace and enrich secreted factors in a cell-type selective manner in order to better understand the impact of brown fat on metabolic health.

Xiaojing Huang is a graduate of Princeton (A.B. in Chemistry), the MD-PhD program at Washington University in St. Louis, and the residency program in Radiation Oncology at Memorial Sloan Kettering Cancer Center. She joined the Cohen Lab to investigate the mechanisms linking obesity to cancer development and progression. She is interested in metabolism, cancer biology, informatics, rock climbing, and modern art.

Dr. Mascha Koenen studied Biology at the Heinrich-Heine University Düsseldorf, Germany, where she worked on the impact of genetic risk factors for obesity and their influence on the development of atherosclerosis during her Master’s thesis. Mascha then moved on to the University of Ulm for her PhD in molecular medicine, investigating the underlying cellular interactions critical for successful steroid therapy of rheumatoid arthritis. After her PhD Mascha relocated to the US to join the Immunobiology Department at Yale University and in 2020 became a postdoctoral associate at the Cohen Lab at Rockefeller University in New York. Mascha is enthusiastic about the interplay of adipocytes and immune cells and their impact on cardiovascular diseases. Outside the lab she loves to explore new restaurants and meet up with friends.

Ksenia is a Ph.D. student in the David Rockefeller Graduate Program in Bioscience. She graduated from the University of Edinburgh in 2019 with a BSc (Hons) in Biological Sciences (Biotechnology) and went on to study Immunology at Harvard Medical School, completing her master’s research at the Dana-Farber Cancer Institute. Ksenia is interested in the basic cell biology of thermogenic adipocytes. Outside the lab, she enjoys road cycling, exploring local farmers markets, and making cool stuff out of clay.

Nakul Karandikar is a student in the Tri-Institutional M.D.-Ph.D. Program pursuing his M.D. from Weill Cornell Medicine and Ph.D. from Rockefeller University. Nakul is also Co-Executive Director for the Weill Cornell Community Clinic. He received his B.Sc. in Biochemistry with honors from the University of Virginia (UVA) while studying the mechanisms underlying triggered neuronal exocytosis. He remained at UVA for an additional year to study insulin signaling in the brain as a Research Assistant while also serving as an EMT.

Zihan (Raquelle) is a graduate student in the David Rockefeller Graduate Program. She received her B.S. in Life Sciences from Yale-NUS College in Singapore, where she explored research in immunology, biochemistry, and animal behavior. In the Cohen lab, Raquelle is interested in studying the role of immune cells in maintaining adipose tissue homeostasis upon metabolic challenges. She loves cooking, baking, and exploring food, art, and music around the city.

Corey Model is a research assistant in the Cohen Lab. He previously received his B.A. in Chemistry from Haverford College where he performed undergraduate research in total organic synthesis and peptide superstructures. In the Cohen lab, he's using his chemistry chops to help elucidate the complex adipose secretome. Outside of lab, he loves being a part of NYC's rich community based cultural and mutual aid organizations!

Yue Liu is a postdoc in the Cohen Lab. She received her undergraduate degree and Ph.D. degree from Tsinghua University, Beijing, China. Yue is interested in understanding how obesity influences anti-tumor immunity and response to immunotherapy. Outside the lab she loves fluffy animals and cooking.

Lishu Yue is a Ph.D. student in the David Rockefeller Graduate Program. She received her B.S. in Biological Science from East China Normal University, where she performed undergraduate research in fat metabolism. In the Cohen lab, Lishu is interested in studying the genetics of human obesity. Outside the lab, she enjoys playing badminton, hanging out with her friends, and exploring food in NYC.

Zahraa Hotait is a Research Assistant in the Cohen Laboratory. She received her B.Sc. in Human Science (Honors) from Georgetown University, where she conducted undergraduate research investigating diabetic glucose regulation in the context of attenuated renal glucose reabsorption. In the Cohen Lab, she is interested in exploring the basic cell biology of adipocytes and their interactions with immune cells in the tissue microenvironment. Zahraa also works as a clinical volunteer with the Weill Cornell Qlinic and is learning to sew and upcycle clothing in her free time outside of the lab!

We are always interested in hearing from people interested in our work. Please email pcohen[at]rockefeller[dot]edu with any questions

We are located in the Stavros-Niarchos Foundation/David Rockefeller River Campus at The Rockefeller University. Our lab sits on the second floor of the Kravis Research Building overlooking the East River. Rockefeller neighbors Weill Cornell Medical College and Memorial Sloan Kettering Cancer Center. 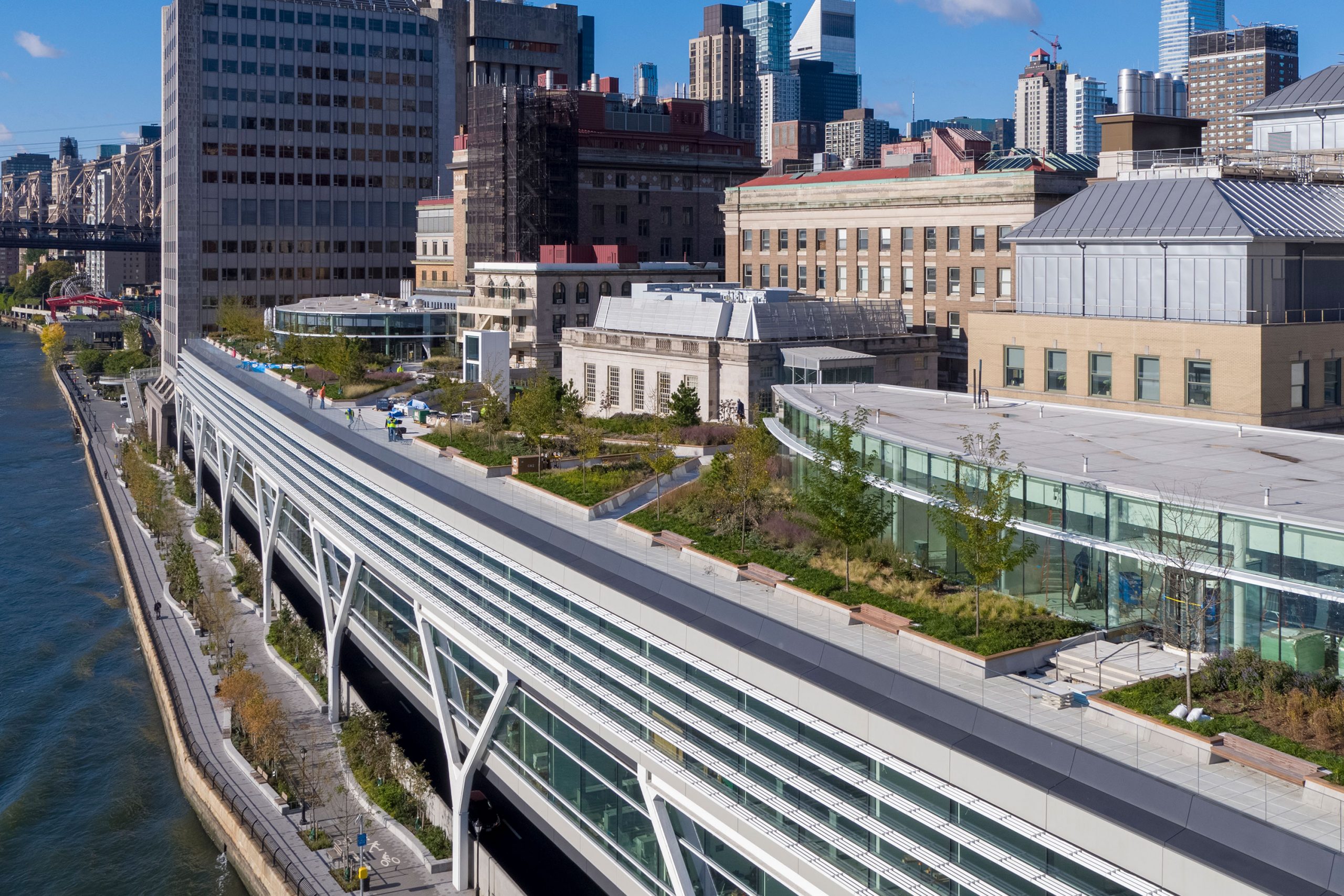